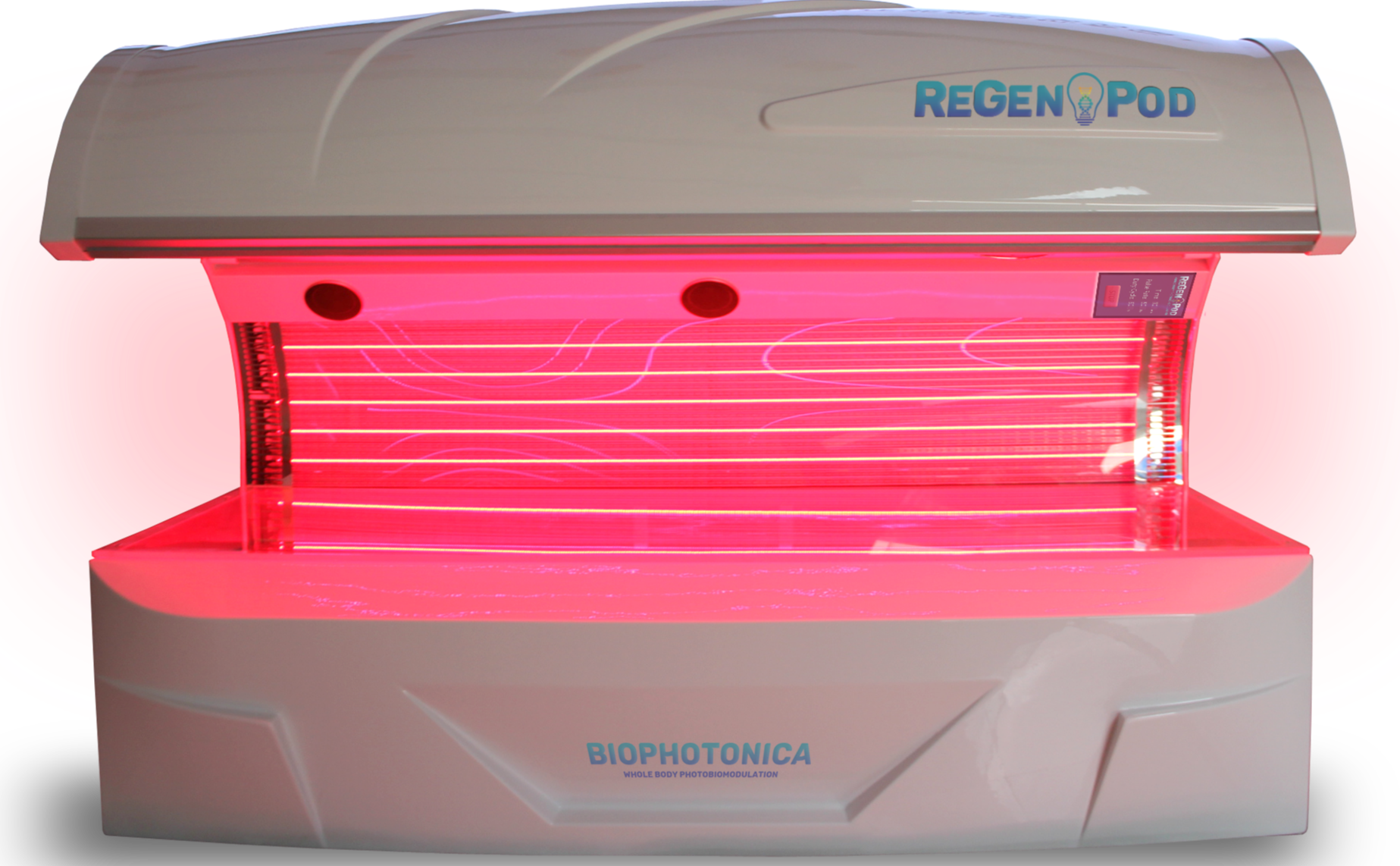 Our mitochondria provide 90 percent of the energy that fuels cellular activity and keeps us alive. When we boost our ATP production at this cellular level, we boost our energy at a physical level.The ReGen Pod is the only pod system based on Stim-Cell® Technology and it is simply the best "commercial grade" full body multi-modality Pod on the market.

Whether from the effects of an injury or simply from the natural aging process, inflammation in our bodies will produce pain and stiffness. Light therapy uses natural photo-chemical processes in our bodies to promote cell growth and reduce inflammation and associated pain.

The process of increased ATP production in our cells allows our mitochondria to be strengthened and recharged. This leaves users with a rush of energy throughout our whole body. 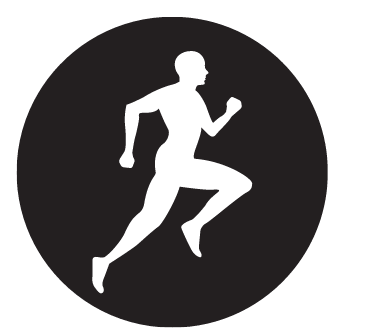 Light therapy (PBM) has been shown to reduce oxidative stress and lactic acid build-up from the body and thus speed up recovery and healing times. Many top professional athletes are now using PBM as part of the pre/post workout routines to help shorten recovery times.

Because of the beneficial effect that light therapy has on the body, and in particular cell maintenance and development, many who use light therapy (particularly whole-body pods) on a regular basis report improved sleep, more energy, and a general feeling of health and vigor.

Backed By Science, Verified by You.

Backed by 50 years of research

No documented side affects

Stay informed for updates, news, promotions and much more!

How often should I be using the Regen Pod?

Like Anything, frequency of use is different for each individual. For first time users we recommend 3 times a week on average. For those who have more serious and urgent health issues, once a day will provide the maximum benefit.

Where can I find supporting studies for PBMT?

You should refer to our Blog & Research Page. Here we have highlighted blog posts as well as one of the largest data bases for studies in relation to all things PBMT.

What is the difference between UV & Red Light?

Most people are familiar with tanning beds that use UV light to darken the skin and to release vitamin D. This wavelength of light is also well known for its ability to cause skin damage, accelerate aging and help cancer grow. This is why the American cancer association recommends sunscreen to block this portion of the sun’s spectrum. Although it has some positive applications, humans should avoid this wavelength in general.

The ReGen Pod avoids these wavelengths and uses both Red (637nm) and Near Infra-Red (NIR). Red is the wavelength used for most cosmetic applications, but it is also commonly used for therapeutics including wound management, dermatitis, and collagen production. It is also nice that it is visible so you can see when a therapy device is turned on.
Invisible NIR light, especially at 810 nm, has the best depth of penetration in tissue of any wavelength. This energy is within the “therapeutic window” so it is very efficient at being driven deep into the tissue where is forms a photo-chemical reaction (not a photo-thermal reaction). We also use 850nm and 940nm as they are within the “therapeutic window” and add some wavelength diversity.

Infra-Red light (starting around 950 nm) light is commonly used in surgical lasers because it is rapidly turned into thermal energy (heat) that can be used to cut tissue. Any photons that are converted into thermal energy cannot be converted into chemical energy, which is what we really want. Most Saunas operate above 950 nm so they are really heaters and not PhotoBioModulation (PBM) devices.

What are the main benefits I should receive?

PBMT is FDA registered as an inflammation control device so this will be the primary benefit received. That being said, shorter recovery times, reduction in pain, increases in energy, and improved sleep are some of the main benefits you should expect to see.

When should I feel the results?

There are short and long term results we achieve when using the ReGen Pod. Following your appointment it is common to receive a boost in energy and mood, this can be as immediate as 5 minutes after your treatment. Longer term results like pain reduction and inflammation control are most often achieved after using the device 3-6 times.

How can I better educate myself on this topic?

Our Blog & Research section of our site as well as online videos can be great sources of information when learning about Photobiomodulation. We are also more than happy to speak over the phone and in person about any questions you may have regarding PBMT.